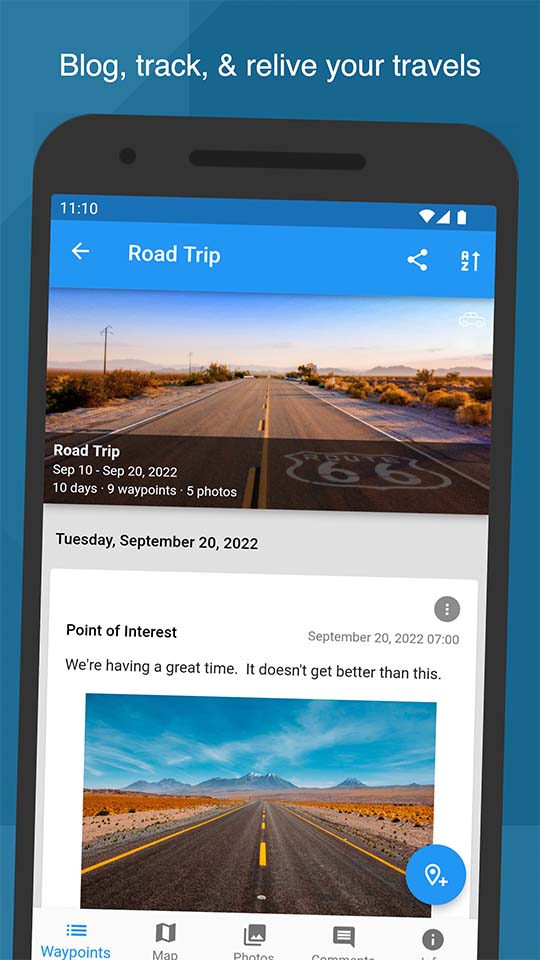 About a year ago, I began a rewrite of the TrackMyTour app. It has taken many late nights, but I'm happy to announce that the next major release will soon be available on the app store.

TrackMyTour started as a web app in 2008. At the time, it did little more than push pins into a Google Map in order to plot the progress of a trip. It was two years later when I released the first version of the native app.

Over time, the app became more difficult to maintain. The primary difficulty was that in 2014, Apple introduced a new programming language to develop apps for iOS. The old language continued to be supported, but many third-party libraries I depended on stopped being maintained. This left me with few options, and rewriting the app didn't appeal to me.

Even if I had rewritten the app, it wouldn't have helped me bring the app to Android. At the time, most apps had to be written for Android and iOS using a different programming language and set of tools. It would have been too much work.

Over the years I experimented with a few cross-platform frameworks such as NativeScript, React Native, and progressive web apps (PWAs) to see if any would make it possible to rewrite the app for both platforms. I was not convinced by any of these technologies, and it was only once Flutter was released, and I saw what it could do, that I became motivated to rewrite the app.

Flutter is a cross-platform development framework for different device types (including iOS and Android). I was initially sceptical —not another framework—, but its popularity and backing by Google had me intrigued. I started working with it, and haven't looked back.

TrackMyTour 6 is a complete rewrite of the TrackMyTour app using Flutter, and provides a nearly identical user experience on iOS and Android. The interface is similar to the previous version of the app, and should feel familiar to any TrackMyTour user.

Anyone who previously upgraded to TrackMyTour Premium will receive a lifetime upgrade of TrackMyTour Plus. Upgrades will also be harmonized among devices, such that a subscription purchased on one device will automatically apply to all other devices. This is applicable even if you own a mix of Android and iOS devices.

Not every feature of the app has been implemented in the new version. The app will always be a work in progress, and I'm open to adding these features back if there is demand. Your feedback is appreciated.

The app is available in the Apple App Store and Google Play Store:

Some history
Flutter and TrackMyTour
Changes
Getting the App